We live in anxious times.

It doesn’t take a keen observer of the news to feel it.  It is always there during an election, but it feels more acute this time. The stakes are so high, it seems, that Canada is already offering a new home for the losing side.  If you have to go somewhere, there are worst places.

As someone who spends most of my waking hours either at a church, reading about church, thinking or writing about what it means to be the church, all this feeling of anxiety isn’t unfamiliar.

It is, in fact, more than a feeling. It is reality. The ground on which we stand is shifting. What were once our strengths we now experience as liabilities. We don’t have the same influence we used to, even here in the Bible Belt. The institutions and structures we created to enable ministry have become burdens and obstacles to continuing it. Our experience isn’t the answer because the culture and church where we gained it no longer exist apart from our memories.

The shifting landscape means we aren’t sure where we are headed and what exactly we should do.  The only thing we are certain of is that we don’t like uncertainty.

I was struck last week at how friends from another denomination were reporting on the exact same arguments and frustrations and battles at their annual meeting as we did at ours a couple of months ago. Different names on the signs and different meeting places, but the same divisions, the same heartbreak, the same falling short of the city of God.

When it comes the church, anxiety is a universal experience.

The uncertainty tempts us to seek our salvation in new strategies and well researched plans – a third way, a new approach, a call to action, a way forward, you’ve heard them all. But a surplus of plans and consultants hasn’t released us from the prison of anxiety and uncertainty.

That’s because the antidote to the problems isn’t a new strategy – it is faithfulness. The firm foundation we are looking for in the midst of uncertainty won’t come from marketing slogans or complicated plans.  Instead, it is found where it always has been – in answering Jesus’ call to follow.  The call to fidelity is the call that created the church and it is the call that will see the church through.

The way beyond fear is no more and no less than the Way and the pattern of life that Jesus handed down to us.  It is found in worship that reorients our life by centering it in God, in spiritual formation that reminds us that everything we have is a gift and in working to make the world more just and more like God envisions it.  It is acting from our core conviction that everyone was created in the Image of God and it is living by grace that in the best times and in the worst times God is with us.

It is the Way that prevents us from chasing lesser things and it is the Way that enables us to stay true to our purpose and calling.  It is the Way that reminds us of why we actually exist in the first place – to bear witness to God’s love, to make the world a better place for all of God’s children, to enjoy a community where everyone can find and use the gifts God has given them and to help one another live lives that look more like the life Jesus lived and the one he envisions for us.

We find our way in this complicated time for the Church by living into the rhythms of these convictions – the Way and the pattern of life shaped by gift and responsibility, by confession and forgiveness, by absolution and reconciliation, by salvation through faith  and membership in God’s beloved community.

Make no mistake, this Way isn’t easy.  It requires a trust and a radical commitment in the victory of God.  But why not – don’t we say that the church is of God and give our lives in the promise that the church, the bride of Christ, will be persevered until the end of time?

It’s probably unrealistic to think that the anxiety we live with in the church is going away any time soon.  As dramatic as this might seem, the culture will shift again – there will be new challenges and more obstacles, new uncertainties and more chances to live in fear.

But the way forward is the same as it always been, and it begins with answering a charge – Follow Me.

A few years ago a friend asked me a simple question: Why are you still a Methodist?

My friend, an admittedly depraved Presbyterian, wanted to know how I could remain committed to a movement that in his mind had strayed so far from the vision of its founders.

I answered by telling him that the Wesleys’ way – both what they believed and how they practiced it – was a full and holistic vision for the Christian life that inspired me to commit my life as best as I could to following Jesus. And despite the challenges of modern Methodism, that was something worth sticking with and fighting for.

That conversation came back to me a couple of weeks ago as I was processing the events of General Conference – our denomination’s every four year gathering that often boils down to an extended battle between interest groups on the religious and political right and left.

As the political alliances schemed and organized to win at all costs, I couldn’t help but marvel at the gap between this gathering and the movement I had described to my friend.

To hear these leaders tell it the key to Methodism’s faithfulness wasn’t the correction of their own sins but the repentance of those they opposed. They had traded a movement that began with the only requirement for participation being a sincere desire to be saved from your sins and to flee the wrath to come for a new faith where discipleship was first and foremost about pointing out the flaws in the other.

Give me the old one because the new one sounds an awful lot like the form of religion without the power.

We have always understood that real change happens when we allow God’s grace and power to convict and forgive us for the sins and idols that we have allowed to wreck our lives and the lives of those we love. Watching over one another in love means only when we have taken seriously the things that separate us from God may we begin to suggest and call someone else to account over the practices that are keeping them from experiencing the holy and bright love of God.

At its best the movement has always been driven towards sanctification, the growth in the love and knowledge of God through the means of grace – corporate worship, spiritual disciplines, relationships of encouragement and accountability, baptism and holy communion to name just a few. These are gifts to us from God that all flow from a simple conviction – that all of us, every single one of us, need God’s help to become the people we were made and designed to be.

Methodist historian David Lowes Watson recounts that Wesley saw discipleship primarily as a way to live out the charge of the Apostle Paul.

“He saw the true meaning of discipleship as the working out of salvation.” – (Watson, Accountable Discipleship)

The debates and charges and counter-charges playing out on the ground in Portland and on my Twitter feed tempted me to invite the heads of all the interest groups fighting over the future of our church to the daily practice of praying The Covenant Prayer.

The solution to our problems was perhaps right in front of us, in our hymnal, a prayer Methodists have been praying since 1755 that contained so much Spirit that John Wesley is said to have referred to its author as “That blessed man Richard Alleine”.

How might our conversations about who God is calling us to be and what shape our witness should take change if we did so with the heart of this prayer – “I freely and heartily yield all things to they pleasure and disposal”?

As tempting as that was, it wouldn’t work.  Here’s the thing about the Covenant Prayer – you can’t take it seriously if you don’t first take it for yourself. The prayer, and accompanying Service of Covenant Renewal, is first and foremost a call to a rededication of your life to the highest standards of Christian discipleship.

I do believe that our church would be strengthened and our witness would be transformed if our leaders would commit to consistently praying this beautiful and hard prayer. (Maybe it ought to be a requirement to participate in the Bishop’s Study Commission.)

But instead of asking someone else to do it, I am committing to it myself.  I am committing, as regularly as I can, to pray this prayer in the hopes that God will use it to convict me of my own sin, to call me to repentance, and to inspire me to a level of discipleship and faith that is more pleasing to God.

In the words of the prayer – may the covenant that we have made on earth be ratified in heaven. 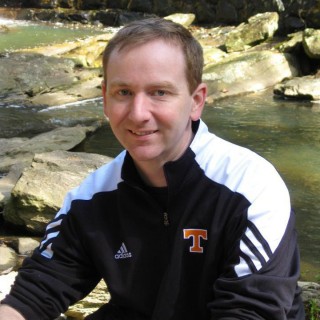 Challenging the status quo in church with innovative approaches to ministry.